How Edmonton got 10,000 homeless people off the streets

The Pollcast: What went down at the Alberta leaders debate


In 2015, a comment about the challenges of arithmetic during that year’s leaders debate helped propel Rachel Notley into the Alberta premier’s office. The trends were already starting to head in the NDP’s direction when the late Jim Prentice made the remark, but it was still a turning point in what turned out to be a historic election.

Trailing the United Conservatives’ Jason Kenney in the polls, Notley needed Thursday’s debate to be another turning point.

This debate lacked the kind of memorable moment we saw in 2015, but sometimes the impact of a debate can only be seen with the benefit of hindsight. There isn’t much time left for the polling trend line to move — Albertans go to the polls on Apr. 16.

To break down the debate and discuss how this campaign has played out so far, Pollcast host Éric Grenier is joined by Kim Trynacity, the CBC’s provincial affairs reporter in Alberta.

As voting day nears in Alberta, the CBC’s Kim Trynacity joins Éric Grenier to break down Thursday’s leaders debate, talk about how the players performed and who stood out. 18:58

Listen to the full discussion above — or subscribe to the CBC Pollcast and listen to past episodes of the show.


Alberta’s auditor general could complete its probe of the relationship between Alberta’s energy regulator and ICORE — a not-for-profit institute it helped launch — before summer amid a lawsuit between the organizations.

The Alberta Energy Regulator (AER) was a founding member of the International Centre of Regulatory Excellence, or ICORE, which began in 2017 as an independent, not-for-profit institute where regulators from around the world could train and exchange best practices.

The AER said that year it would offer expertise in the form of in-kind services provided by its experts, with the new initiative touted by its then-chief executive, Jim Ellis, as “an institute built by regulators for regulators.”

The Office of Alberta Auditor-General Doug Wylie is now looking at the relationship between ICORE and the AER.

A spokeswoman for the auditor-general told CBC News that “we are conducting some audit work related to the Alberta Energy Regulator and its relationship with ICORE.”

She said she was unable to share any specific details while the audit is underway, nor could she say when the probe will be completed and made public, though it’s anticipated it will be complete before summer. 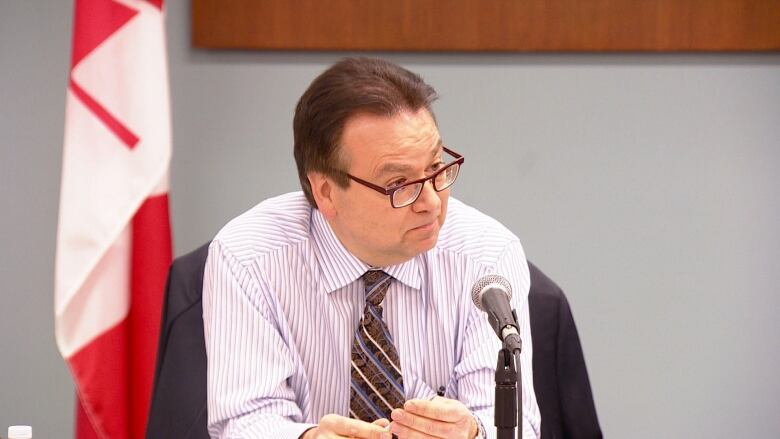 Alberta Auditor General Doug Wylie is examining the relationship between the Alberta Energy Regulator and ICORE, a not-for-profit institute that the AER helped launch in 2017.

The job of the auditor general is to examine and report publicly on the government’s management of public resources.

The auditor general’s work comes amid a lawsuit launched by the AER against ICORE.

In a statement of claim, the AER says the regulator and ICORE signed a memorandum of understanding where the two sides agreed the AER may provide in-kind services to ICORE, for which it would be compensated.

Now, the AER alleges that ICORE Energy Services owes it $2.6 million in reimbursement for the development and delivery of training materials.

“Notwithstanding the AER’s demand for payment, ICORE has refused or neglected to pay any amount of the [Memorandum of Understanding]  Invoice or the Licence Agreement Invoice,” according to the lawsuit filed March 7 at the Court of Queen’s Bench in Calgary.

None of the allegations have been proven in court. A statement of defence had not been filed as of Wednesday.

A spokesman for the AER confirmed details of the lawsuit, but would not elaborate as the matter is before the courts.

The U.S. company, which monitors western Canadian rail terminals handling about 80 per cent of typical volumes, reports average rail loadings in March were 150,000 barrels per day.

Walls says Genscape estimates the amount of oil in storage as of March 29 was 35 million barrels, about the same as in early December when the Alberta government announced its curtailment program designed to free up export pipeline space and reduce stored barrels.

The March number is about two million barrels lower than peak levels just before the cutbacks officially began in January, he said, and higher than the 33.4 million barrels stored at the end of March 2017.