Paleontologists have discovered the remains of the Arctic’s first-ever lambeosaur — a crested, duck-billed dinosaur — in Alaska’s North Slope.

Based on this new finding, scientists say the lambeosaur roamed the Arctic about 70 million years ago during the late Cretaceous Period, according to a new study published Friday in the journal Scientific Reports.

Paleontologists found the fossil in 2014 while excavating along the Colville River in Alaska, on the Liscomb Bonebed — bluffs along the river known to be rich in other dinosaur fossils.

Anthony Fiorillo, whose team has worked in the area for the past two decades, says it mainly produced fossils of flat-headed hadrosaurs — large, duck-billed, herbivores — like the Edmontosaurus. 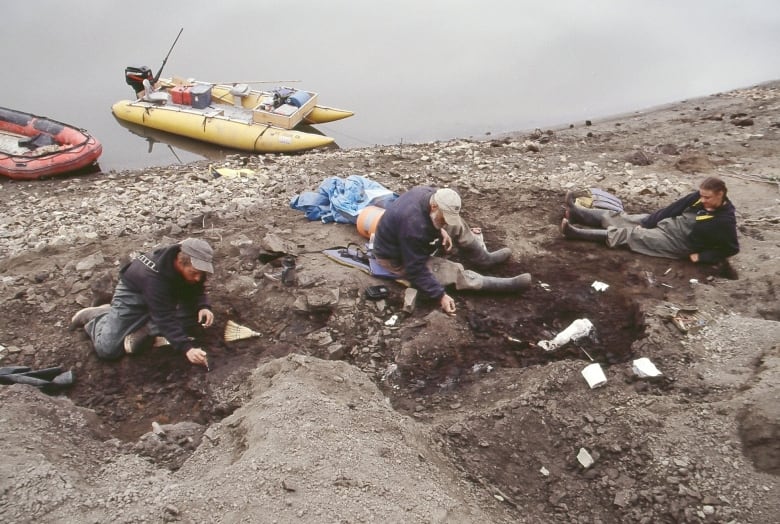 “That is hands down the most commonly found dinosaur on the North Slope,” said Fiorillo, the chief curator and vice president of research and collections at the Perot Museum of Nature and Science in Texas.

So when his team examined a strange piece of a fossilized skull in the lab, Fiorillo said he wondered if it belonged to a species of predatory dinosaurs called theropods.

He came into my office one day and said ‘This is something different.’– Anthony Fiorillo , Perot Museum of Nature and Science

It turned out it wasn’t, so Fiorillo said he “catalogued it, put it in a drawer and forgot about it.” 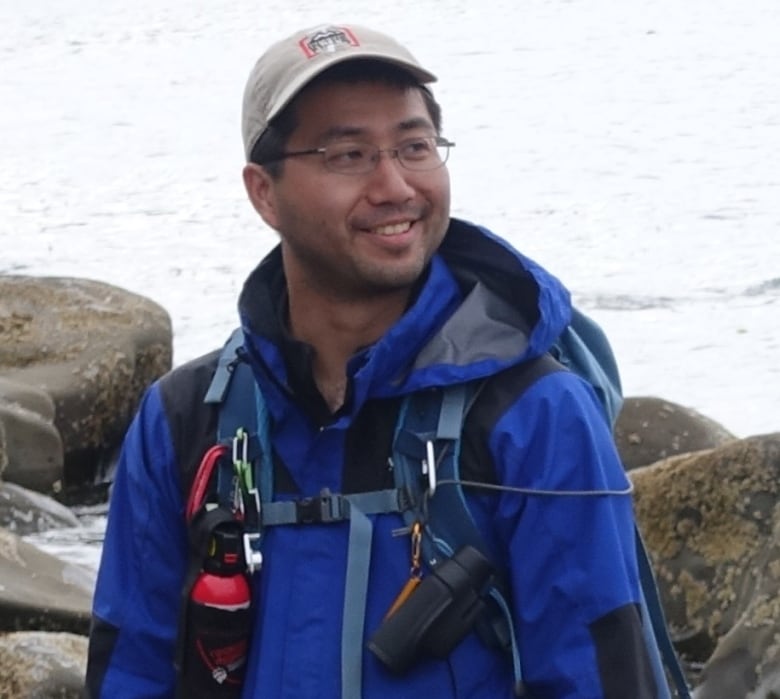 Ryuji Takasaki of Hokkaido University looking for dinosaurs in northern Alaska. Takasaki noticed the particular dinosaur skull fragment at the Perot museum, which later sparked the discovery of the Arctic’s first lambeosaur. (Submitted by Anthony Fiorillo)

It wasn’t until a grad student from Japan’s Hokkaido University, Ryuji Takasaki, came to study the Perot museum’s dinosaur collection, that scientists put two and two together.

“This guy probably looked at more Edmontosaurus bones than anyone else on the planet,” said Fiorillo. “He came into my office one day and said, ‘This is something different.'”

“That’s cool,” was Fiorillo’s reaction to the discovery.

‘Cows of the Cretaceous’

Duck-billed dinosaurs are so common throughout western North America, that they’re often called “the cows of the Cretaceous,” said Fiorillo.

There are two main categories of the group — flat headed or crested.

Fiorillo said the lambeosaur had a bony growth on the top of its head, and may have used it to communicate using sound amplification. 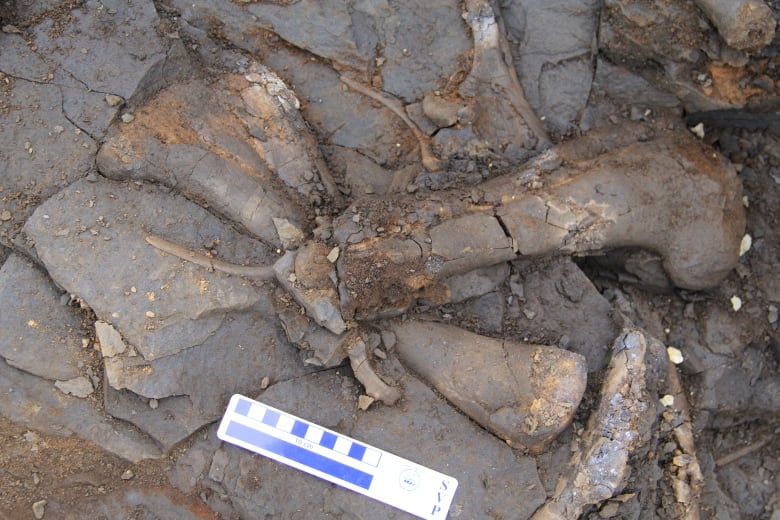 Dinosaur fossil-bearing rocks along the Colville River in Alaska. Though lambeosaurs were commonly found in the Alberta area, Fiorillo says he doesn’t think that particular group of dinosaurs migrated North. (Submitted by Anthony Fiorillo)

“Based on the one fossil that we have, we would speculate [the lambeosaur] is actually a very uncommon part of the the landscape.”

Fiorillo said it’s possible that the lambeosaurs could have lived in better-drained, more upland areas of Alaska, where horned dinosaurs were prevalent — but more exploration of that area needs to be done to prove this.

And though lambeosaurs were commonly found in the Alberta area, Fiorillo said he doesn’t think that particular group of dinosaurs migrated North.

Fiorillo said this discovery may help scientists understand the connection between the duck-billed dinosaurs of Asia and North America.

“It’s a piece that connects lambeosaurines of North America and Asia through Beringia,” Takasaki said in an email.

“Discovery of more materials in the future is expected to reveal if the Alaskan lambeosaurine is closely related to the North American or Asian taxonomy.”

Fiorillo said it was “particularly frustrating over the years” because he’s only heard of legends and rumours of crested, duck-billed dinosaurs from the Arctic. 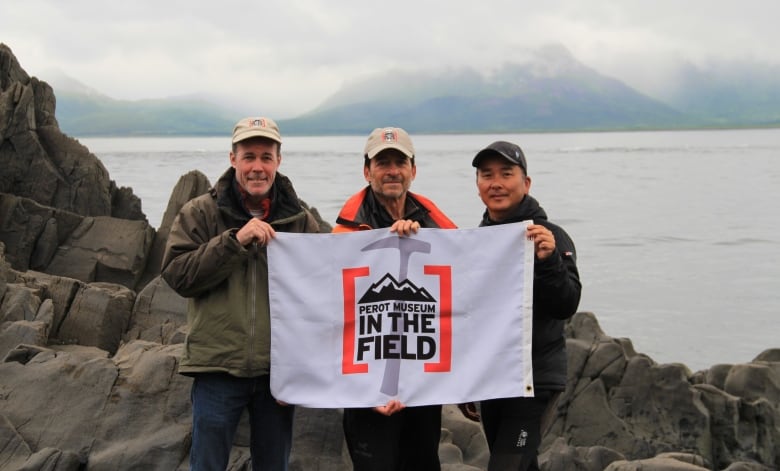 From left to right, Paul McCarthy of University of Alaska, Anthony R. Fiorillo of Perot Museum of Nature and Science, and Yoshitsugu Kobayashi of Hokkaido University in Alaska. (Submitted by Anthony Fiorillo)

Fiorillo says he’s also been hoping to find an Indigenous story that helps him better understand his studies in the North Slope.

Though he’s had several conversations with people from Indigenous communities in northern Alaska, the stories tend to focus on ice-age mammals, he said.

“I have not yet found an Indigenous story that connects that culture to these dinosaurs,” said Fiorillo.

“Even in an ancient Arctic, it was a very rich environment capable of animals that thrived in it,” he said, adding that the Arctic was much warmer during that period.

“Studying this ecosystem and understanding how it works, may help inform what a [modern] warming Arctic may look like.”

Fiorillo said the next step is to get back out in the field and hopefully discover more fossilized lambeosaurs.