A man in his 50s is dead after he was found shot in the upper body in Montreal’s Notre-Dame-de-Grâce district this morning.

Multiple sources have confirmed to Radio-Canada the dead man is Tony Magi, a businessman with known ties to the Montreal Mafia.

Police were called to a garage located at 6125 Saint-Jacques Street near Beaconsfield Avenue around 11:15 a.m.

Saint-Jacques is closed between Hingston Avenue and Grand Boulevard as police investigate. 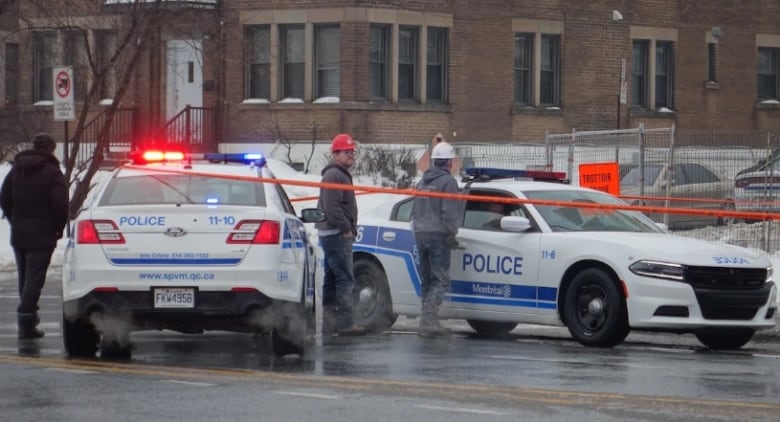 Police have cordoned off St-Jacques Street between Hingston Avenue and Grand Boulevard as the investigation continues. (Simon-Marc Charron/Radio-Canada)

This is not the first time an attempt has been made on Magi’s life.

In 2008, his SUV was left riddled with bullets in a shooting.

In 2011, his vehicle was again shot at. His wife, who was inside the vehicle at the time of the shooting, was unharmed in that incident.