Opponents of the long-stalled Keystone XL oil pipeline asked a U.S. federal court Friday in a lawsuit to declare President Donald Trump acted illegally when he issued a new permit for the project in a bid to get around an earlier court ruling.

In November, U.S. District Judge Brian Morris ruled that the Trump administration did not fully consider potential oil spills and other impacts when it approved the pipeline in 2017.

TransCanada disputes that, saying Keystone XL has been studied more than any other pipeline in history. “The environmental reviews are clear: the project can be built and operated in an environmentally sustainable and responsible way,” said Russ Girling, TransCanada’s president and CEO.

Trump’s new permit, issued last week, is intended to circumvent that ruling and kick-start the proposal to ship crude oil from the oilsands of western Canada to U.S. refineries.

White House officials have said the presidential permit is immune from court review. But legal experts say that’s an open question, and that the case could further test the limits of Trump’s use of presidential power to get his way.

Unlike previous orders from Trump involving immigration and other matters, his action on Keystone XL came after a court already had weighed in and blocked the administration’s plans.

“This is somewhat dumbfounding, the idea that a president would claim he can just say, ‘Never mind, I unilaterally call a do-over,”‘ said William Buzbee, a constitutional scholar and professor at Georgetown University Law Center.

The pipeline proposed by Calgary-based TransCanada has become a flashpoint in the debate over fossil fuel use and climate change. 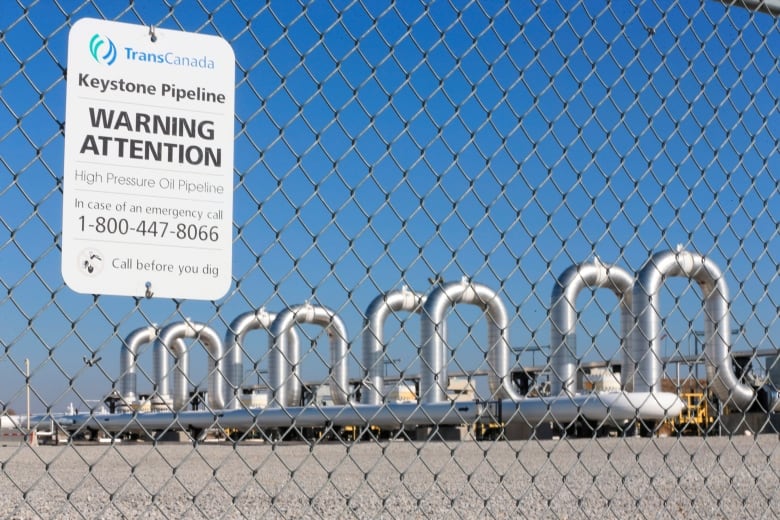 Opponents say burning crude from the oilsands of Western Canada would make climate change worse. The $8 billion project’s supporters say it would create thousands of jobs and could be operated safely.

The line would carry up to 830,000 barrels (about 132 million litres) of crude daily along a 1,900-kilometre path from Canada to Nebraska.

Stephan Volker, a lawyer for the environmental groups that filed Friday’s lawsuit, said Trump was trying to “evade the rule of law” with the new permit.

“We have confidence that the federal courts — long the protectors of our civil liberties — will once again rise to the challenge and enforce the Constitution and the laws of this land,” Volker said. 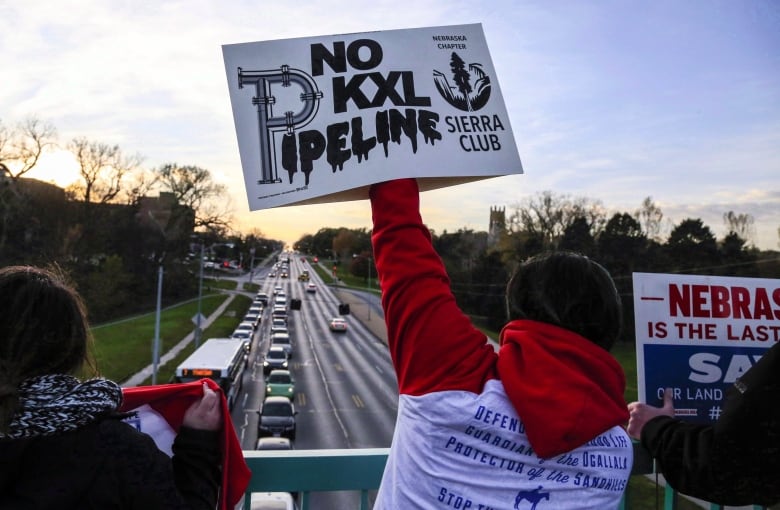 The pipeline, first proposed in 2008, would begin in Alberta and go to Nebraska, where it would join with an existing pipeline to shuttle more than 800,000 barrels a day of crude to terminals on the U.S. Gulf Coast. (Nati Harnik/Canadian Press)

The pipeline’s route passes through the ancestral homelands of the Rosebud Sioux in central South Dakota and the Gros Ventre and Assiniboine in Montana. Earlier this week, a court granted the tribes’ request to intervene in an appeal of Morris’s November ruling that was filed by TransCanada. That case is pending before the 9th U.S. Circuit Court of Appeals.

Tribal officials contend a spill from the line could damage a South Dakota water supply system that serves more than 51,000 people including on the Rosebud, Pine Ridge and Lower Brule Reservations.

Canadian Arctic has all the mineral ingredients for prized blue gemstones