India declined to comment Wednesday on a statement by a U.S. space official that India’s recent test of an anti-satellite weapon created debris that could threaten the International Space Station.

India’s Defence Ministry spokesman Col. Aman Anand said there was no official response to NASA administrator Jim Bridenstine’s statement at a town hall event in Washington on Monday. Bridenstine said in shooting down one of its own satellites with a missile last week, India had left debris high enough in orbit to pose a risk to the International Space Station.

India’s External Affairs Ministry in a statement after the March 27 test said that whatever debris generated would decay and fall back to Earth within weeks as the test was in the lower atmosphere.

The International Space Station serves as a research laboratory and has hosted astronauts from various countries since it was launched into orbit in 1998.

Bridenstine said NASA had identified 400 pieces of the debris and tracked 60 of them.

“We know that 24 of these are going above the apogee of International Space Station. That’s a terrible, terrible thing to create,” he said.

India’s Prime Minister Narendra Modi announced the test last week and said the destruction of the satellite demonstrated India’s capacity as a “space power” alongside the United States, Russia and China. 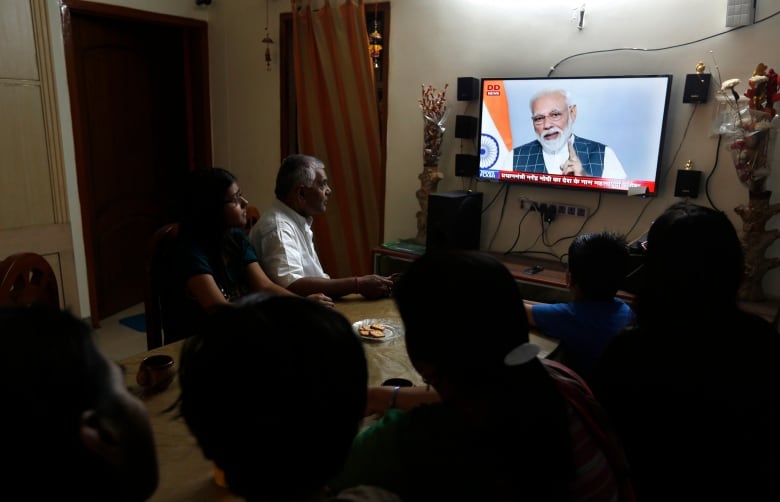 A family in India’s Uttar Pradesh state watches Indian Prime Minister Narendra Modi address the nation on March 27 to announce that an interceptor missile built in India had shot down a low-orbit Indian satellite. It was the first time that India has ever successfully tested such technology. (Rajesh Kumar Singh/Associated Press)

Pallava Bagla, a science writer at the New Delhi Television Channel, said Wednesday that Indian officials have clearly indicated that the debris will decay in three weeks.

In Washington, the vice commander of U.S. Air Force Space Command, Lt. Gen. David Thompson, told a Senate Armed Services Committee hearing last week that the Air Force detected about 270 objects in the debris field created when India destroyed the satellite and the number was likely to increase.

He said the Air Force will inform satellite operators if any of those objects become a threat to satellites in orbit.

Freeland says lifting U.S. tariffs must be part of ratification of new NAFTA