A 22-year-old epilepsy patient is risking arrest — refusing to leave her hospital room at Vancouver General Hospital — claiming the medical system has failed to provide her with a plan of care and that her life is at risk.

Tavia Marlatt has severe epilepsy and can sometimes experience up to 50 seizures a day. Her condition means she can’t live on her own in case she has a seizure and needs someone to administer emergency medication.

Marlatt has been at VGH for the past eight days, undergoing tests to determine whether targeted brain surgery could ease her epilepsy.

Instead, results showed that her epilepsy is critically severe — while doctors thought the seizures were stemming from her left frontal lobe, they’re actually coming from three different spots in her brain.

Because she’s occupying one of just two beds dedicated to seizure assessment in B.C., she’s being discharged on Thursday — a decision she says will put her life in jeopardy.

“I’ve been told that I have to leave the hospital, that [staying] is not an option. So if they need the police to come in here and take me out then that’s fine. If I have to get something put on my criminal record for standing up for what I believe in that’s fine,” she said. 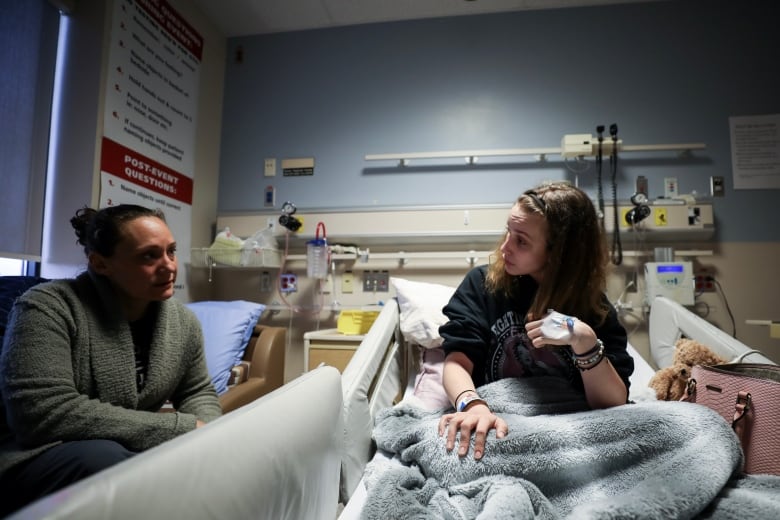 Marlatt and her mother, Renee, who works as a trained special needs caregiver, have been fighting for her right to live at home, rather than have her moved into an institution. (Evan Mitsui/CBC)

Even spending short amounts of time alone can be dangerous for Marlatt, who recently broke her jaw in four places after experiencing a seizure while walking on the side of the road. She also has borderline personality disorder and cognitive deficits.

Her mother Renee, who works as a trained special needs caregiver, has been fighting for her daughter to live at home and receive support there rather than be moved into an institution.

But the Fraser Health Authority has denied funding that would allow the family to organize in-home care, saying the authority would instead pay for Tavia Marlatt’s care in a group home or at a government-run facility.

“The goal is to get funding so we can hire somebody … while my mom is not home, so that my mom doesn’t come home one day and I’m dead on the floor because there was no one there to put me on my side in the recovery position,” said Marlatt.

“The thought that they think it’s OK for me to go to a group home … that’s also a spit in my face.” 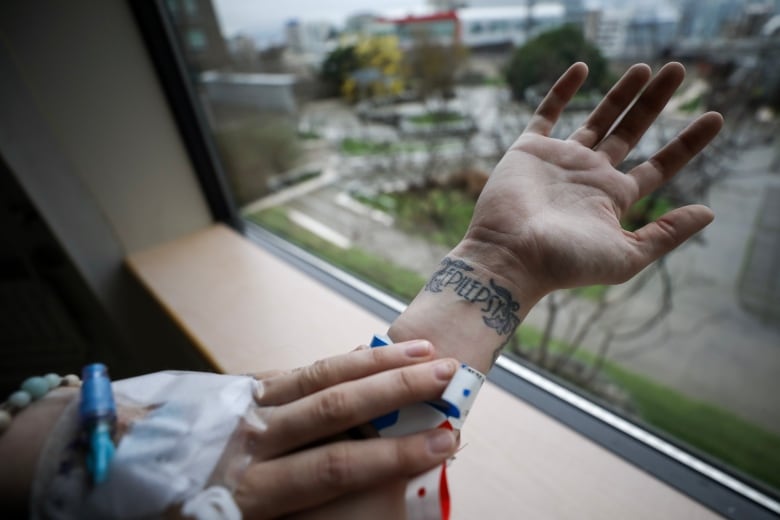 Kim Davidson, executive director of the BC Epilepsy Society, said the family’s position is not meant to be adversarial.

“We’re asking for the basic needs that this young woman requires in order to be safe in our community, that’s it,” she said.

“I think the health-care system needs to [think about] — what does this look like if this turns into a coroner’s inquest?”

Davidson said she’s contacted Fraser Health and the minister of health multiple times about the case, with no response. She said that while the doctors working on Marlatt’s case are “extraordinary,” the bureaucracy of the health-care system “is going to cost someone their life.”

Fraser Health previously sent CBC News a statement explaining that in cases like Marlatt’s, community support homes are offered as an option because many caregivers are highly trained to deal with complex care needs.

On Wednesday afternoon B.C. Health Minister Adrian Dix declined to comment on the specifics of the case due to privacy.

“It’s going to be the clinicians and the people working on the issue that are going to work out the care plan, they have to work it out with the family with the tools that we have,” he said.

“A disease such as epilepsy puts an enormous burden on everyone involved and I understand that.” 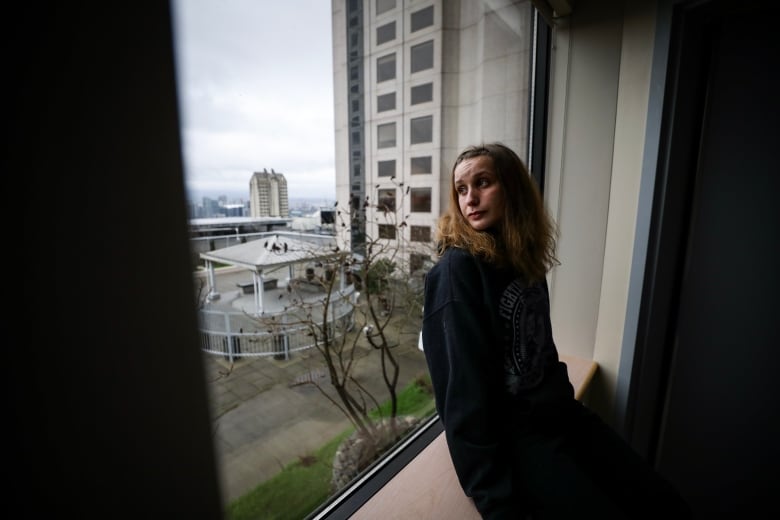 Even spending short amounts of time alone can be dangerous for Marlatt, who recently broke her jaw in four places after experiencing a seizure while walking on the side of the road. (Evan Mitsui/CBC)