CBC News examined claims made by the party leaders during the debate and all four had misleading claims.

Comments made by politicians and the parties online are ranked as true, false or muddy in CBC News fact-checker articles.

“The UCP and the Alberta Party have talked about privatizing health care.”

Khan: “Yes, Mr. Clark was on QR 77 last week suggesting that your party would look at privatizing some parts of the health care system.”

Here’s why: The health-care portion of the Alberta Party platformdoesn’t mention privatization, or private delivery of services. In fact, the party wants to increase health benefits by adding an annual dental care check up for children ages 12 and under.

Here’s the actual exchange between a radio talk-show host and former Alberta Party MLA Greg Clark, during a March 21 interview:

Host: “We already have lots of private care, ways to pay privately to get services done in the health world. Your view on, can we go a little farther that way? Do we have to pull back? How do we use the private health care to help the public system?”

Clark: “You know, I do think we need to start thinking about some of that. I won’t say a definitive no. I will say the Alberta Party is totally committed to a public health-care system. We need to make sure we maintain equal access and have a focus on quality and access, but we also need to start looking at creative ways of reducing costs.”

Here’s why: Stephen Harper’s federal Conservative government, which included Kenney, signed off on the Northern Gateway pipeline. But Ottawa’s approval was overturned by the Federal Court of Appeal in 2016, and the Liberal government did not appeal the court decision.

On wait times and Alberta’s healthcare: “And that’s with a government that is spending more, with the most expensive system in Canada.”

Here’s why: Statistics from 2018 show that Alberta does spend more per person than any other province. However, the territories certainly have the most expensive health-care systems in Canada. For example, health-care costs per person in the Northwest Territories were more than double that of per-person costs in Alberta in 2018, according to the Canadian Institute for Health Information.

Here’s why: It is impossible to check every speaking engagement and media scrum over Kenney’s nearly 20-year federal career. Technically, Kenney said the word “pipeline” three times in the House of Commons, although he was an opposition MP and not a cabinet minister at the time. Kenney also mentioned the Northern Gateway pipeline by name in the House of Commons. While he was federal employment minister in 2014, he said “pipeline” several times when speaking to CBC about the impact of falling oil prices.

Here are the two Hansard records of when he mentioned the word “pipeline” for a total of three times in Ottawa (with transcripts): 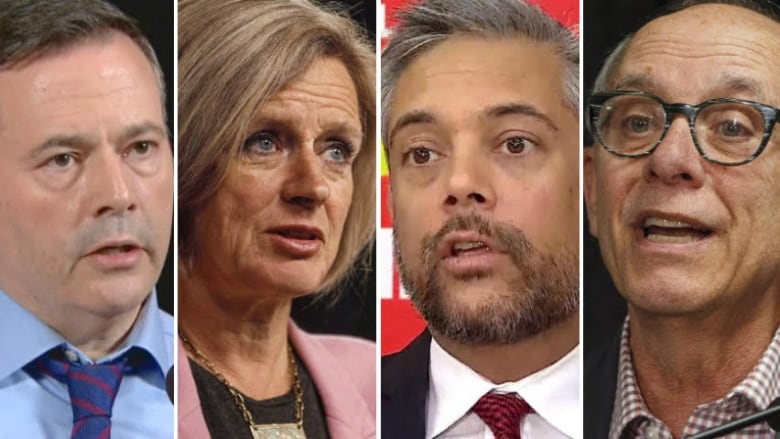 “We need to focus on things like the huge decline in math scores for Alberta students.”

Here’s why: In 2018, one-third of Alberta Grade 9 students failed the provincial exams for math. An international test taken by Alberta Grade 4 students in 2015 showed math scores had been slipping over 10 years.

“Mr. Kenney’s caucus voted against Bill 24 [An Act to Support Gay-Straight Alliances] when we brought it in.”

Here’s why: The NDP’s Bill 24 prevented teachers from outing students who join a gay-straight alliance (GSA) at school. When the bill passed in November 2017, the 23 MLAs who voted against it were from the UCP caucus. One UCP MLA, former Wildrose leader Brian Jean, was absent from the vote. Another, Leela Aheer, abstained.

“There has been money for class-size reductions for years, and we do not know where it has gone.”

Here’s why: An auditor general’s report, delivered in 2018, showed that Alberta Education has spent billions of dollars over 13 years to try and reduce class sizes, without actually reducing class sizes. The auditor general also found that the government wasn’t tracking how that money was spent within school districts.

“We have to be concerned about bigotry and intolerance. That’s something nobody can tolerate anywhere. And that seems to be something that is following Mr. Kenney’s party on an ongoing basis.”

Here’s why: Over the past several weeks, there have been high-profile controversies involving UCP candidates making sexist, homophobic, or racist remarks. Two of those candidates, Caylan Ford and Eva Kiryakos, have since resigned. Mark Smith, the candidate for Drayton Valley-Devon, has apologized for remarks he made about homosexual relationships.

As part of an ongoing effort to hold Alberta’s political leaders and political parties accountable, CBC News will fact-check comments made by politicians and photos posted online at various times along the campaign trail.

Saudi retaliation against Canada during feud detailed in government memo