It’s the plague of your worst sci-fi nightmares — caused by a deadly pathogen that spreads not just through contact, but in the water, literally swimming after new victims to infect.

It eats away at their skin, eventually causing heart failure and mass die-offs. It doesn’t just jump from one species to another, but among hundreds. And it has spread into the zoological equivalent of a global pandemic, thanks to humans.

Unfortunately, this is neither science fiction nor a dream. It’s a very real disease called chytridiomycosis, caused by the fungi Batrachochytrium dendrobatidis and B. salamandrivorans, that affects a wide range of amphibians, including frogs, toads, salamanders and newts.

This disease has caused more harm to more species than any other disease in the history of science.– Wendy Palen , Simon Fraser University

Scientists have just tallied the “unprecedented lethality” it has caused worldwide in the past 50 years:

The international team of researchers, led by Ben Scheele and Claire Foster at the Australian National University, published their results last week in the journal Science.

“We have records of pathogens since the time of the dinosaurs, and without question, this is the deadliest disease that has ever struck wildlife in all time,” Luis Felipe Toledo, a professor at the University of Campinas’s Biology Institute in Brazil and co-author of the study, said in a statement.

Scientists had already linked the disease with amphibian declines and extinctions around the world, but exact figures had been hard to get due to a lack of data. The researchers compiled decades’ worth of studies and unpublished research from experts around the world to come up with what they consider to be a conservative estimate of the disease’s toll.

As Foster compiled the results from different researchers in different countries, she recalled in an email, “the overwhelming feeling was probably sadness.”

Many of the species reported to be driven to extinction by the disease were ones she hadn’t heard of them before, so she Googled them as she went.

“So many amazing and beautiful species have been lost,” she wrote, “and for many we know hardly anything about how they lived.” 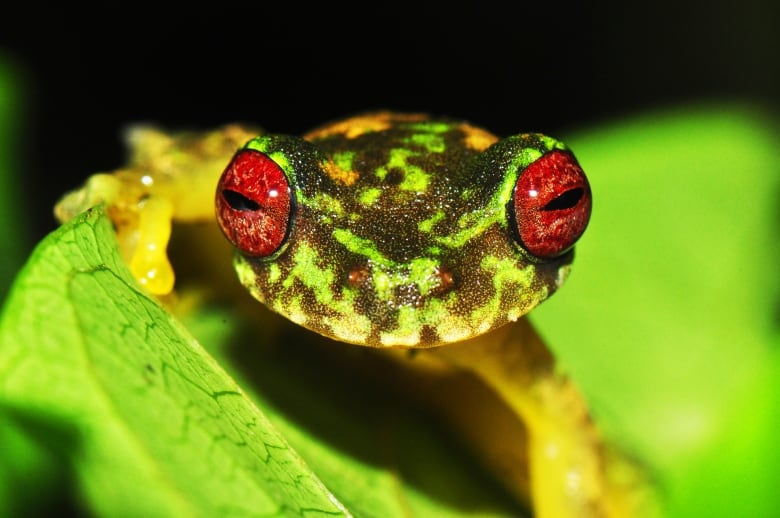 The study found that population declines caused by the disease peaked in the 1980s — at least a decade before the 1998 discovery of the diseases. But only 12 per cent of affected species show signs of recovering. Four in 10 affected species are still declining.

Evidence suggests that the disease originated in Asia, and was spread around the world by humans importing and exporting amphibians as pets.

Foster said governments and other agencies need to start taking biosecurity and the illegal wildlife trade far more seriously to prevent the spread of diseases.

Wendy Palen is a biology professor at Simon Fraser University who does research on freshwater ecosystems, including amphibian populations. She co-authored a commentary published with the new paper that described the fungus as having the “perfect recipe to drive its hosts to extinction.”

It’s very transmissible through water, where it can reach many different kinds of amphibians. It has a wide variety of hosts, and can infect some species without causing symptoms, allowing them to spread it more widely. 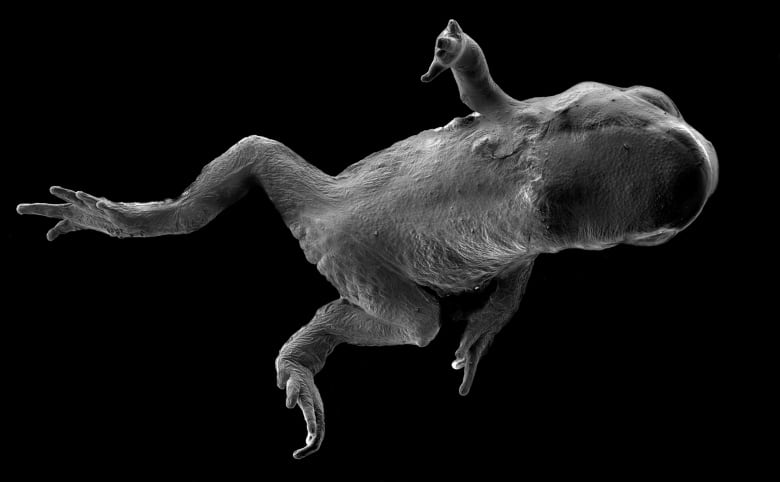 This is an endangered Australian corroboree frog with chytridiomycosis, which attacks the animal’s skin and eventually causes breathing problems, cardiac arrest and death. (Image courtesy of Jamie Voyles, Alex Hyatt and Frank Fillipi)

Palen said the study confirmed that the disease was to blame for many amphibian declines and extinctions worldwide, as many scientists in the field expected. “But it is also larger than anyone has quantified before.”

She added that its destructive effect on biodiversity has been much worse than that of other deadly wildlife diseases, such as white-nose syndrome in bats and avian malaria in birds.

“This disease has caused more harm to more species than any other disease in the history of science,” she said.

While none of the worst-affected species are in Canada, Palen said, the disease does exist here and has caused problems for some of our amphibians.

“It’s really global in scale,” she said in an interview.

But she noted it can still get worse, as it hasn’t yet reached some parts of the world that are particularly rich in amphibian diversity, such as Papua New Guinea 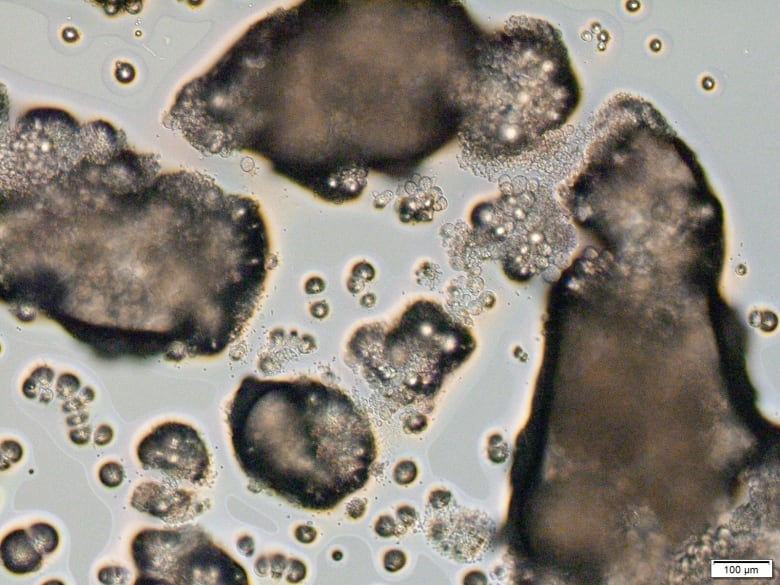 This is a microscope image of the fungus that causes chytridiomycosis. It can spread through the water and even swim after potential hosts. (Christian Martin)

Her commentary adds that Image chytridiomycosis may also be “a harbinger of other disease outbreaks to come” as humans “inadvertently spread pathogens around the world.”

“That, I think, is a cautionary note,” she said. “And it does immediately sort of demand that we think carefully about policies regarding the import of especially live amphibians.”

However, she noted that disease is not the only or even biggest threat to amphibians around the world..

“We know that climate change and habitat destruction and the draining of wetlands and changes to terrestrial ecosystems are causing an equal or large number of amphibian declines,” she added.

The disease is “another nail in the coffin,” she said. “And it compels us as a society and our communities to do something about it.”