Matt Daisley said his first visit to a legal cannabis retail outlet in St. Catharines, Ont. this week ended without a purchase after he heard the prices and almost had a heart attack.

“I knew immediately that I would not leave the black market,” he said. “There’s no chance.”

The 60-year-old is a longtime cannabis user and visited The Niagara Herbalist to check out its government-approved marijuana options after the store officially opened Monday. But, when he went up to the counter to buy 3.5 grams of MK Ultra, he said he was asked to pay $45 plus tax and was rocked by sticker shock.

His complaint about the comparatively high price of legal pot was a routinely heard one from customers during the first week of legal retail sales in the province.

The Ontario Cannabis Store says its products are priced to compete with the black market but critics, including a professor at Brock University, say buying illegally offers those willing to take the risk significant savings, meaning legal prices will have to drop if they want to bring in more customers and cut out the black market. Police have also pointed to affordable pricing as an important tool to combat organized crime’s involvement in the drug trade.

Daisley claims he could buy as much as seven grams of MK Ultra for about $40 from an illicit vendor online.

That’s what he plans to keep on doing, he told CBC News, adding the laws around black market weed and the consequences for purchasing it are still vague so he’s willing to go public about his concerns in hopes the government and retailers will listen.

“I’m making a conscious choice to use the black market rather as opposed to the legal market. I understand the ramifications of that,” he said. “[But] what can they really do to a 60-year-old guy who’s smoked for the better part of 25 years every day?”

The price has to be right to defeat organized crime

The laws around cannabis use in Canada are still evolving and need to be tested in court, so there’s “some validity” to Daisley’s point, according to Joe Couto, a spokesperson for the Ontario Association of Chiefs of Police.

“I don’t know if the price is right,” he said, adding law enforcement officials have to trust the government to make those decisions.

“We’ve always recommended to them that if you don’t price the product at a market price obviously it does create pressures and black market activity.” 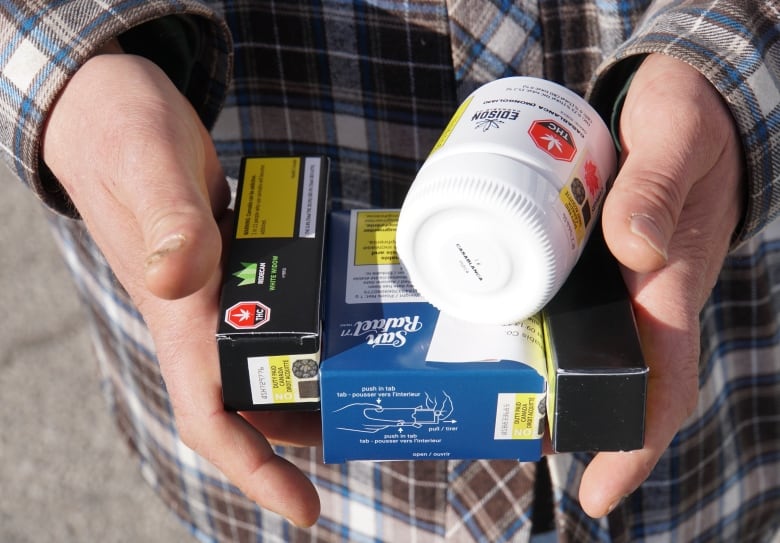 Gord Nichol shows off some of the products he bought inside RELM Cannabis Co., Burlington, one of the province’s first legal pot shops. (Dan Taekema/CBC)

Cannabis has long been a source of income for organized crime in Canada, explained Couto, so police are concerned they’ll take advantage of the early stages of legalization to turn a profit.

“If we’re going to eliminate cannabis as a potential source to fuel criminal activities … obviously ensuring the product is accessible and is priced right is really important.”

Daisley said up his experience at The Niagara Herbalist was largely positive until he went up to the counter and found out how much he would be charged.

He said he’d prefer to purchase cannabis legally, but believes that, like him, the buying decisions for most cannabis consumers will be dollar-driven and the price tags raise questions about markup that will keep people out of legal stores.

“I wouldn’t compare a $180 bottle of fine wine to moonshine just because it’s cheaper.”

Brown said the prices charged by private legal retailers are generally similar to those posted on the OCS online store, but added that, like gas stations, consumers could see a slight difference of $1-3 depending on which shop they’re in.

Still, Brown said she hears people complaining about the price of legal pot every day.

She agreed black market prices are lower than their legal counterparts, but pointed out government regulated cannabis is a big business that has to pay many employees and meet all sorts of standards.

Brown also said cannabis is a product where you get what you pay for — there’s a reason the black market is so much more affordable.

“It’s probably grown outside by someone who may not know what they’re doing, they could be using pesticides or have all kinds of bugs or whatever,” she explained. “These people aren’t understanding the difference between really fantastic, lab-tested quality-grown, labeled, packaged  beautiful products.”

Offering more options for purchasing those high-quality, legal products is the only way to make sure black market usage is really curbed, according to Hamilton Mayor Fred Eisenberger.

The mayor’s comments came in response to recent criticism leveled at police and officials in Hamilton by Premier Doug Ford who said failure to shut down illegal dispensaries in the city was his “biggest frustration” when it came to cannabis legalization in Ontario.

In a statement to CBC News a spokesperson explained the OCS buys its cannabis from producers licensed by Health Canada then sets a retail price, which can go up or down based on factors including market conditions, supply and the purchase price from producers.

Legal products are tested and “competitively priced” with the illegal market in mind, the statement read.

The spokesperson added the pricing structure for retailers allows them to set their own prices that “reflect their individual business models.”

On the OCS website MK Ultra, the same strain Daisley said he was trying to buy is listed from $12.85 / gram or $39.95 for 3.5 grams — though it does not appear to be currently available.

Customers need a discount option like ‘No Name’ weed

In the short term the limited number of stores in Ontario mean each location should be able to draw plenty of customers, but an associate professor at Brock University said big changes have to happen if government wants to compete for the long haul.

Michael Armstrong teaches at the Goodman School of Business and has been watching Canada’s foray into legalization closely.

“Absolutely the black market enjoys a big price advantage,” he said, pointing to a Statistics Canada report for the last quarter of 2018 showing the average price paid for legal, dried cannabis was $9.70, compared to $6.51 its illegal counterpart. 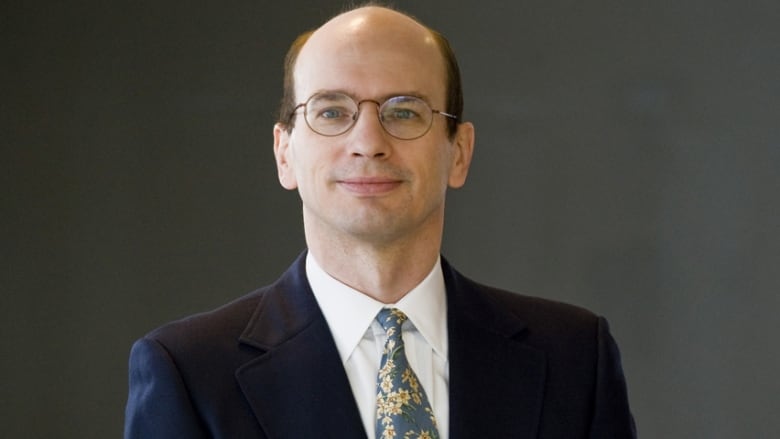 At some point, the pool of customers willing to pay up to 50 per cent more for a legal product will dry up and the stores will have to start appealing to people who are only willing to cough up something in the range of 25 cents more per gram.

Armstrong said the government has to be ready and offered a few suggestions for how to cut costs.

The first is lowering the overall production cost by going large scale, automating the process or moving growing operations outdoors. When those saving lead to a drop in price, the professor said provinces should lower their wholesale process so retailers can also sell for less.

Another obstacle is the federal government’s excise tax structure. Armstrong said excise tax currently varies by province, but the default is about $1 per gram minimum, which makes it tough to keep up with the black market.

“Even if a producer can make it really cheaply and a retailer is willing to sell it for a low price, that dollar is a big chunk.”

He argues the government should drop that minimum and just set the tax at 10 per cent.

“Eventually the retail stores need to be able to sell something like a No Name cannabis, pre-rolled joints for maybe $5 a gram, maybe $3 bucks a half gram,” said Armstrong.

“To compete with the black market in the longer term absolutely we need some of the products priced low.”