The agency says people who bought the chicken nuggets should throw it out or return it to the store where it was purchased.

Compliments chicken nuggets were sold across Canada, except in Quebec.

The agency says the recall was triggered during its investigation into a foodborne illness outbreak. On Jan. 25, Crisp & Delicious brand chicken nuggets (1.6 kg, with best-before date of July 19, 2019) were also recalled due to risk of salmonella. Both recalled brands of chicken nuggets were manufactured by Sofina Foods.

There are currently 59 cases of illness linked to this salmonella outbreak across Canada, but none of those affected have been hospitalized, according to the Public Health Agency of Canada. The provincial breakdown of cases is:

Food contaminated with salmonella may not look or smell spoiled but can still make you sick, with symptoms including fever, headache, vomiting, nausea, abdominal cramps and diarrhea, the agency noted. 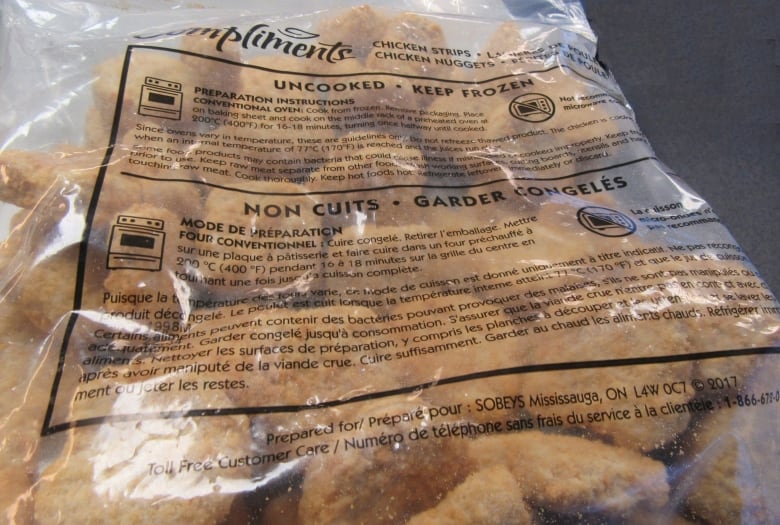 Compliments brand chicken nuggets with a July 18 2019 best-before date should be thrown out or returned to the store where they were purchased. (Canadian Food Inspection Agency)

Methane-munching crabs may be adapting to climate change: report