Canadian Arctic has all the mineral ingredients for prized blue gemstones


Baffin Island holds some of its treasures in plain sight with rocks that produce rare gems sitting exposed to the elements, scientists say.

A new study from the University of British Columbia shows the area is home to a mineral that is prized by jewellers and collectors.

Study co-author Philippe Belley said in an interview that cobalt-blue spinel, “which is a ridiculously rare gemstone” gets a lot of interest from gemologists and jewellers but there’s not enough supply.

The most significant source of the gems is Vietnam, and even then production is limited, said Belley, who’s a PhD graduate within the department of earth, ocean and atmospheric sciences.

He and report co-author UBC mineralogist Lee Groat conducted the first scientific study of the cobalt-blue spinel in Canada. 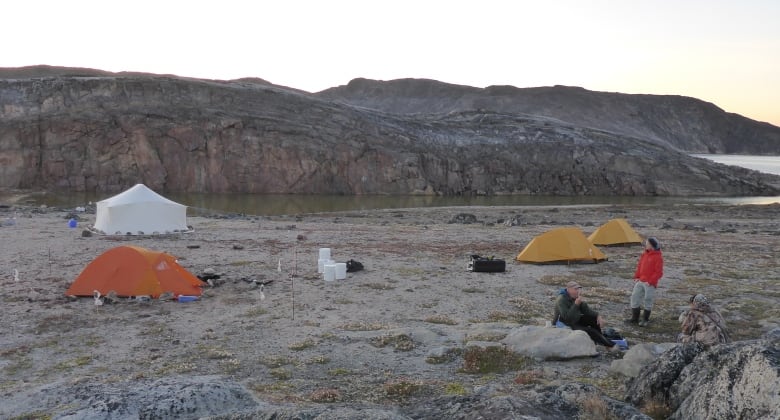 Easy to spot on the island

Baffin Island is “really unique” because it has all the “right ingredients” needed to produce coloured gemstones but the area is “virtually” unexplored, Belley said.

“The rock is extremely well exposed so not only is it easy to see if you have a gem occurrence by just walking on the surface and doing geological mapping, but its also suitable for remote detection methods using drones and satellites to collect data on the rocks.”

Using remote detection can’t be done in most other gem-producing areas because of plant cover or challenging terrain, Belley said.

The researchers analysed 14 occurrences of spinel on Baffin Island, including two of cobalt-blue spinel, to better understand how it forms.

“It’s finding the right chemical components in the right concentration,” he said. “We found that most gem occurrences on Baffin Island were formed from the transformation of a mixture of mud and magnesium-rich limestone under high temperature and pressure.”

Understanding how cobalt-blue spinel forms changes the way people can look for it. According to Belley, the cobalt-blue spinel on Baffin Island is comparable in colour to the best sources worldwide. [Photo: B.S. Wilson] <a href=”https://t.co/ieZ2uSJ6nv”>pic.twitter.com/ieZ2uSJ6nv</a>

They found it was formed 1.8 billion years ago at temperatures of about 800 C, but cobalt was only present in high-enough concentrations to produce gem-quality stones in small, localized areas.

Baffin Island spinel contains up to 500 parts-per-million of cobalt, giving it a vivid blue colour comparable to the best sources worldwide, Belley said in the news release.

Other gems found on Baffin Island include beluga sapphires, used in the Queen’s sapphire jubilee brooch, and lapis lazuli, a rock used as a gemstone by the Egyptians, he said.

Mining for the gems on Baffin Island wouldn’t necessarily leave a large geographical footprint, he said.

“Most gemstones are either mined from a relatively small mine and a lot of them are mined by one or a few people or families around the world, which is called artisanal mining.”