Panda handlers are on baby watch at the Calgary zoo after Er Shun, a giant panda on loan from China, was inseminated on Tuesday.

Colleen Baird, manager of animal care for the zoo, says it could take several weeks to find out if Calgary will be the birthplace of any panda babies.

The process is delicate. For the past few weeks, handlers have been carefully monitoring the female’s estrogen and progesterone levels to pinpoint the narrow window of opportunity for pregnancy, Baird told the Calgary Eyeopener. Giant pandas ovulate only once per year.

“There’s a certain point when she cycles that it’s time to inseminate, and those values are what we need to make sure we have the right timing,” Baird said.

“It’s about two to three days. We have a Chinese specialist here with us who does insemination. We consult with him and make sure that we’re on the right track. And he felt really good about where we were, and the way that the insemination was — we’re feeling pretty confident.”

Preparations involved “a lot of collecting urine” and keeping Er Shun happy and calm during the spring mating season.

“That can be tough when pandas are going through cycles, because she’s experiencing quite a change in hormones,” Baird said. 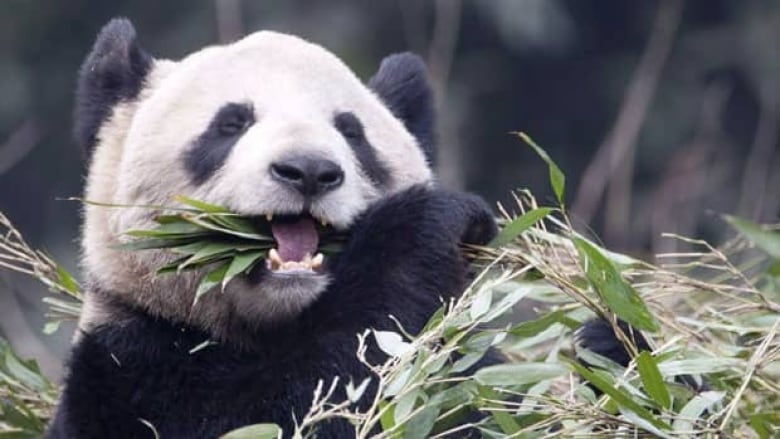 Gestation usually takes between 95 and 160 days.

“One thing is that we we use frozen sperm, and that’s dictated by China,” Baird said. “And so we’ll see how our chances are, which is never as good as fresh. But I got to see the samples through a microscope and there’s lots of swimmers in there. So we’re hoping.”

The father is not Da Mao, the male giant panda who is also at the Calgary Zoo, but a donor from China, which Baird says has to do with lineage.

“This go around, Da Mao might not be the best genetic match,” she said. “As the population changes and more of his lineage or relatives are producing more cubs and pandas, his value decreases. So this year using Da Mao wasn’t really an option. The frozen ones had a better genetic match with Er Shun for this go around. We’re hoping that we get cubs.”

Baird says it could take a while to find out whether the panda has become pregnant. There’s no blood test, and giant pandas don’t necessarily show their pregnancies.

“Pandas are complicated because they’re delayed implanters. So if we were successful at fertilizing the egg, that egg can be floating around unattached to the uterus. And there’s a lot of environmental factors and hormonal factors that tell her when the right time is for that egg to implant, that says, ‘Hey, I can take care of this cub and I’m healthy enough, I’m safe enough to do so,'” she said. “So we don’t know when that moment happens. It’s kind of a mystery.”

Baird said the team will wait “several weeks” before checking via ultrasound.

“It could still be weeks and weeks before the egg will implant,” she said. “So it’s a guessing game, but we’ll start taking a peek probably in late May or early June.”

With files from the Calgary Eyeopener.