Nine out of 10 respondents to a survey about the impact of plastic waste on the environment say they are concerned or very concerned about the problem, and 82 per cent say they believe that government should be doing more to tackle it.

The Angus Reid Forum conducted a representative online survey of 1,500 Canadians from March 14 to 17 for CBC’s Marketplace about what they thought about plastic pollution, over-packaged products, and the government’s strategy on the issue. (A randomized sample of this size would yield a margin of error of +/- 2.5 per cent, 19 times out of 20.)

The results suggest the majority of Canadians are concerned about plastic, believe that individuals and businesses have a responsibility to reduce it, but also feel strongly that not enough is being done by government to address the issue.

“Wait till June, that’s when we’re coming out with our strategy with the provinces and territories,” she said in an interview with Marketplace.

“We’ve got to go through a proper process with this, working with industry, working with cities, everyone needs to be part of it.” 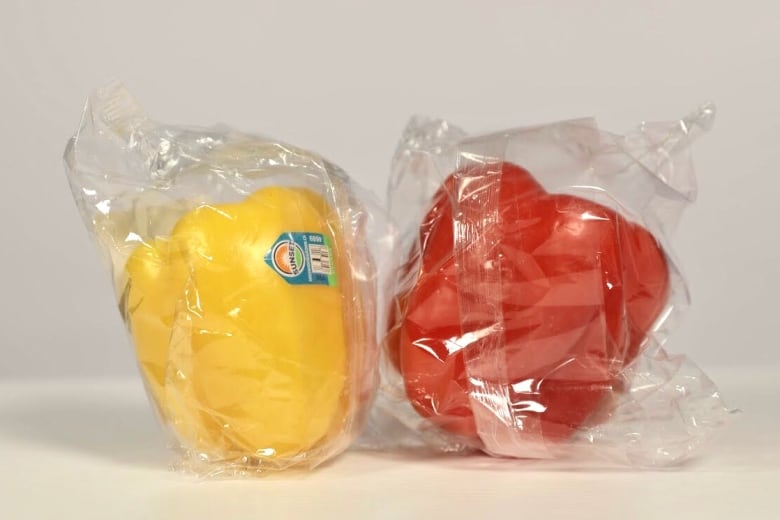 A Marketplace poll suggests that more than eight in 10 Canadians believe that government should be doing more to tackle the problem of plastic waste. (David MacIntosh/ CBC News)

While McKenna said that “there’s a role for bans” on certain types of plastics, she stopped short of committing to the types of bans other jurisdictions have introduced. Just last month, the European Union approved a ban on 10 types of single-use plastics, including straws, cutlery and styrofoam cups to come into effect in 2021.

“It’s not just about banning, because I think there’s a lot of focus on banning,” McKenna said.

“I think we need to focus more on the circular economy.”

In a circular economy, the thinking goes, packaging would be reused or repurposed. 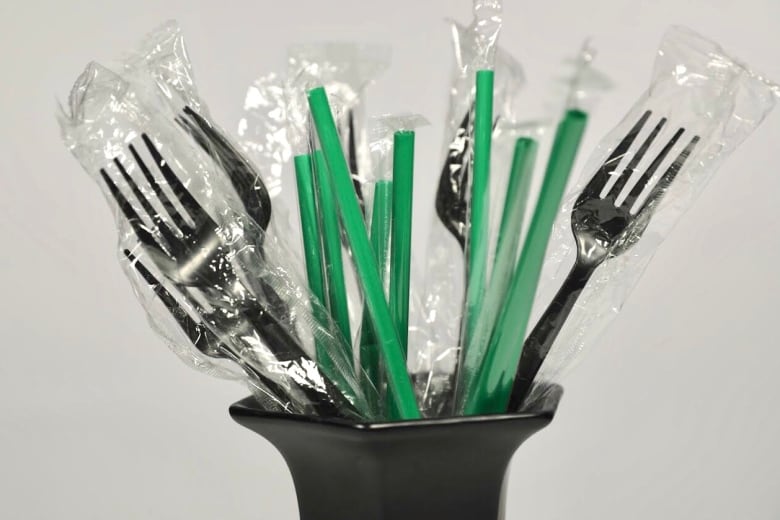 A Marketplace viewer sent in an image of plastic wrapped disposable forks and straws from a Subway restaurant. The chain says it’s transitioning to paper straws. (David MacIntosh/CBC News)

Marketplace commissioned the poll after hearing from viewers who sent in pictures of plastic packaging that they found to be excessive, including packaging on fresh fruit and vegetables, hardware items, toys and clothing.

Some other examples included plastic-wrapped disposable straws and forks given out at Subway restaurants.

When Marketplace reached out to some of the companies that created or sold the packaged goods, only Subway shared plans to change the packaging, saying that the sandwich chain is in the process of switching to paper straws this year. It did not outline any plans to move away from the plastic-wrapped disposable cutlery.

Some viewers pointed to the large amount of plastic used to distribute small amounts of legal cannabis, just the latest product to come under scrutiny. 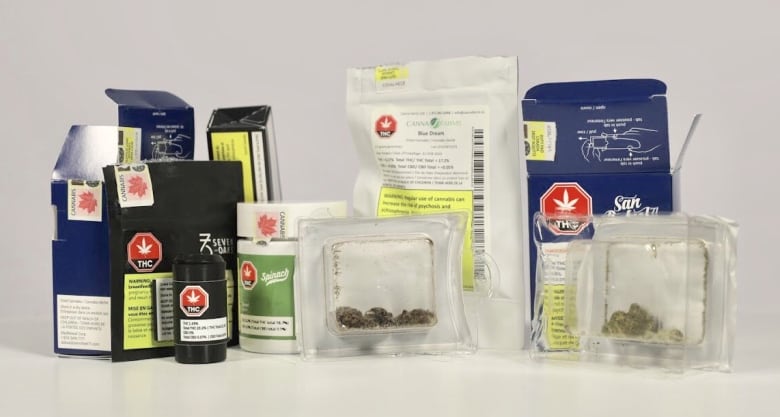 Marketplace viewers contacted the show to express their concern about the amount of plastic used to package legal cannabis. (David MacIntosh/CBC News)

Marketplace showed some examples of cannabis packaging to Adria Vasil, who wrote the Ecoholic series of books and writes a regular column on green living. The way cannabis is packaged — in non-recyclable plastic plastic bags, clam-shell packages or in plastic bags inside sealed jars or boxes — represents a missed opportunity by the manufacturers and the province of Ontario, she said.

“They could have designed this from the ground up to be green, to be compatible with the province’s recycling system, and instead, they just completely fell asleep at the switch.”

The Ontario Cannabis Store pointed out that all cannabis packaging has to be tamper-proof and child-resistant. Even so, Vasil says she’s disappointed more thought wasn’t given to environmentally friendly packaging.

Watch: Marketplace showed some of the examples of cannabis packaging to environmental commentator Adria Vasil.

Author Adria Vasil demonstrates some of the excess and non-recyclable plastic packaging that can be found on products sold online at the Ontario Cannabis Store. 0:59

The results of the survey indicate companies may need to think twice about how much plastic packaging they use in the future or run the risk of losing sales.

More than half of the 1,500 respondents said they would not buy certain products if they felt the packaging was excessive.

McKenna said businesses have a big role to play in tackling plastic pollution.

“We need companies to be more responsible,” she said.

“We have got a huge problem, and we all have to be acting together, right now.”

Despite widespread use of municipal blue bin programs, just 11 per cent of the plastic used in Canada is actually recycled. The rest is either sent to landfill, incinerated — resulting in harmful emissions — or discarded in the environment.

And although the polling suggests that three-quarters of Canadians accept that it’s their responsibility, too, to reduce plastic, a majority say they find it difficult to do so.

“Zero-waste” or “low-waste” grocery stores have opened in cities such as Vancouver, Ottawa, Montreal and Toronto, but just 39 per cent of Canadians polled said they knew of places they could shop for products without much plastic packaging in their neighbourhood.

“For those people, I would say look to your farmers markets, go to your stores, ask the questions.”